Much of the work behind this release was based around stability and synchronization of the application features across all available desktop versions. This should set the stage for some exciting new features we're working on for future releases. In the meantime, here's what's new in this release: In addition, as mentioned above, we've fully updated the Linux release, and now offer a stand-alone, downloadable OSX installer (as an optional alternative to the App store.) For the full list of downloads across multiple platforms, visit here!

As always, if you'd like to share any feedback, testimonials, or feature requests, contact us via the support page.
Learning PhotoTangler Collage Maker
Thursday, 29th October 2020
We've posted several updates to the PhotoTangler Knowledge Base Articles over the past couple weeks, including a piece on The Most Important Things To Understand About Creating PhotoTangler Collages, as well as How To Use The Mini-map To Zoom And Navigate. We'll continue to post more articles there, focusing on deeper dives into more advanced features, or addressing specific topics that users tend to ask us about. If you haven't checked out the articles yet, have a look here!
PhotoTangler Knowledge Base Articles
Thursday, 15th October 2020
We've launched a new section of the PhotoTangler web site: the Knowledge Base Articles. Here you'll find a growing collection of articles on how to get the most out of PhotoTangler. These will range from basic, beginner content to more advanced tips and tricks. If there's anything you'd like for us to cover in more depth, please let us know! We've kicked it off with a new article explaining the important differences between Projects and Exports. More articles will be coming soon!
PhotoTangler Available on the Microsoft Store
Thursday, 15th October 2020
We're excited to announce that PhotoTangler Collage Maker is now available on the Microsoft Store for new users! If you haven't picked up a copy of PhotoTangler for Windows yet, as part of our launch promotion, you can find a steep discount during this promotional period.

If you prefer to purchase directly through our web site, that will remain an available option. Our hope is that by making PhotoTangler available through the Microsoft Store, more users will find out about the software. In addition, the registration experience will be simplified for those who'd rather not keep track of their registration code and installation details going forward. If that sounds like your style, check it out here!
How to Make Stunning Photo Collages Using PhotoTangler
Friday, 27th January 2017
Have a look at the video trailer: "How to Make Stunning Photo Collages Using PhotoTangler" to see PhotoTangler Collage Maker for desktop in action!

PhotoTangler 2 For Mac Now Available
Friday, 23rd December 2016
We're excited to announce the launch of PhotoTangler 2 for Mac Desktop, now available on the App Store! This update was long overdue, as our previous version left a lot to be desired in terms of stability on some variants of Mac OS. Hopefully we've got all the tricky bits worked out; the early feedback has been great! 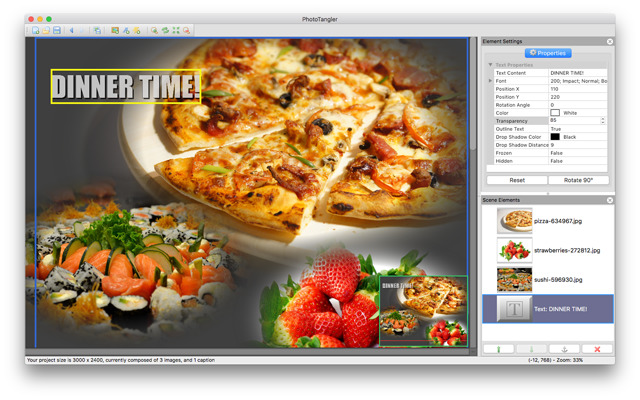 This release works very similarly to the previously released Windows and Linux versions, hence the information on the main product page, including the tutorial playlist, is equally relevant. The main difference is that it's currently only available through the App Store, which is handled completely separately from the versions we sell directly on this web site. We can not transfer purchases between the different product lines. In the future we may add an independent version of the Mac release (separate from the App Store), but for now that's the best way to grab the new release. Enjoy!

Also, if you're an iPhone or iPad user, don't forget that we've got a new version available here as well!
PhotoTangler 2 for iOS Now Available
Thursday, 17th November 2016
We're excited to announce the launch of PhotoTangler 2 for iOS, offering a complete modern rewrite of the classic image blending app! This release adds support for full-resolution imagery, far greater customization options, and a sleek new interface. 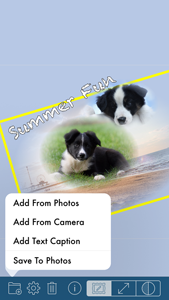 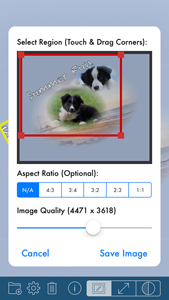 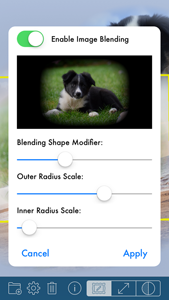 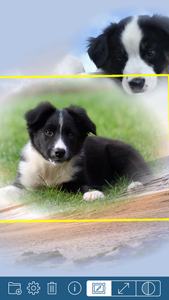 If you've already purchased the iPhone version, the update should be available for free on iTunes. If not, you can grab it here today!
PhotoTangler 2 For Windows Now Available
Tuesday, 28th June 2016
Today we're announcing the release of PhotoTangler 2 for Windows, a major redesign of our popular collage maker for the desktop!

PhotoTangler is a powerful image utility that instantly turns your favorite photos into beautiful collages. It's easy, fun, and the results look like magic! The new release has a huge number of features and improvements including full-resolution photo support, advanced canvas navigation tools, support for more image formats, an extensible 'image effect' framework, and much more. We've listened carefully to the feedback you've been giving us over the years, and hope you find this new release to be as powerful and easy to use as we've aimed for! 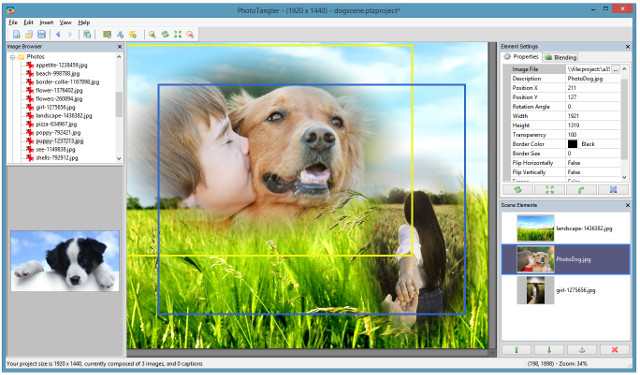 Also, if you purchased the desktop version of PhotoTangler through our web site prior to this announcement, you may be eligible for a free upgrade to the new version. Please see the section on upgrading from our Support Page for more information.
8 Total Blog Posts